Astronomy: - Astronomy is the science of measuring the positions and characteristics of heavenly bodies or you can say it is mainly depends on observation
Astrophysics: - Astophysics mainly consists of theorotical part or you can say astrophysics is the application of physics to understand astronomy.
Cosmogony: - It is the branch of science that deals with the origin of the universe, especially the solar system.


a) Lightyear (ly)
The distance travelled by light in one year is called 1 ly.


a) Parsec (pc)
It is the distance at which an arc 1 AU subtends an angle of 1”. It is convenient to express distance of stars from earth by parallax metod.
[distance\,in\,parsecs =\frac{1}{\theta(in “) made\,to\,earth’s\,orbital\,radius}]

Planet moving over solar disk. It happens only for Mercury and Venus

Planet appears moving in opposite direction 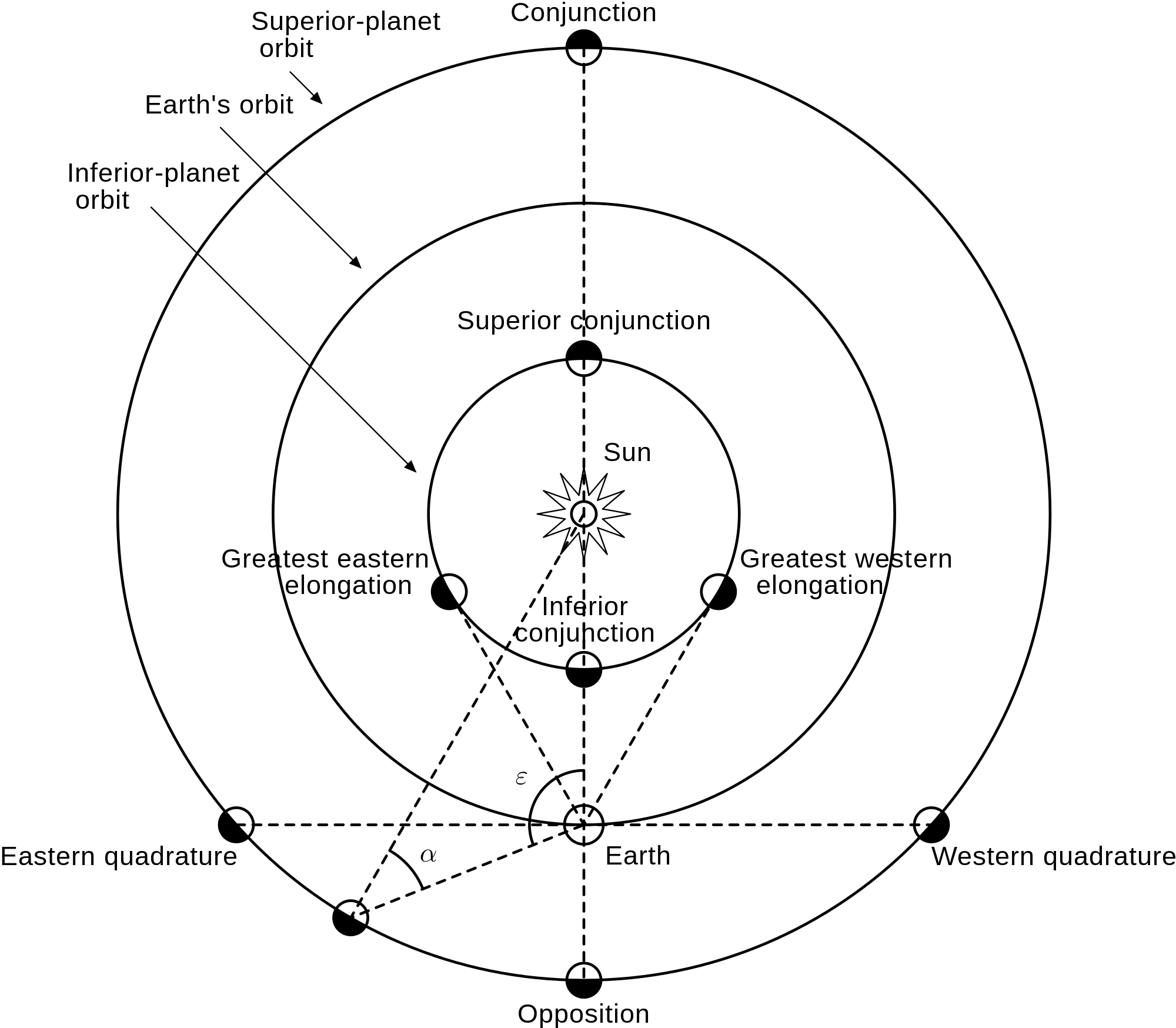 Inferior Planet - Has an orbit that is closer than the Earth-Sun distance. (Mercury and Venus)

Superior Planet - Has an orbit that is farther than the Earth-Sun distance. (Mars, Jupiter, Saturn, Uranus, Neptune)

Opposition - A planetary position in which the Sun, the Earth and a superior planet are aligned in that order and in a straight line. This is also the best time to observe a planet because:
• it is at its closest approach to Earth.
• the planet rises just as the Sun is setting, allowing observation any time during the night.